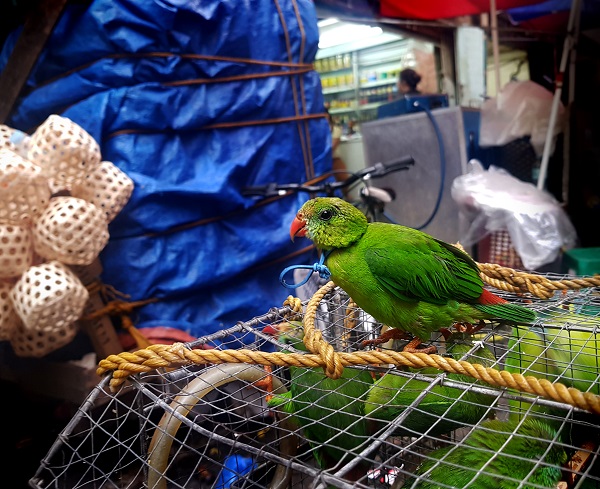 The project on Combating Environmental Organized Crime in the Philippines is working with law enforcement agencies to help stop the illegal wildlife trade (IWT), now the biggest threat to biodiversity after habitat loss. According to World Wildlife Fund’s (WWF) Living Planet Report 2018, planetary wildlife populations plummeted by 60% from 1970 to 2000.

The Philippines is a hub for IWT, having served as an illegal transshipment point for elephant ivory and as a source of wildlife and wildlife byproducts, such as pet parrots, dried marine turtles, and loose pangolin scales.

The project is pushing for stronger legal reforms against IWT, enhanced capability building for law enforcers, and reduced demand measures for consumers, with emphasis on marine turtles and parrots. Two key environmental dates recently served as springboards for public outreach.

The International Day for Biological Diversity was commemorated via a weeklong social media blitz held from 18 to 22 May. The project developed three social media posts and organized a live-streamed guesting of Atty. Theresa Tenazas of the Wildlife Resources Division of the Biodiversity Management Bureau (BMB). The event was simulcast on the radio station DZEC Radyo Agila and reached 2,400 viewers. Over 85,000 people read the posts, which generated 4,722 reactions, including 877 shares and 543 likes.

Wildlife crime leads were immediately generated by the posts, including the separate killing of a snake and sailfin lizard, and the selling of lions and tigers. The project would continue to develop and deploy initiatives to effectively combat IWT in the coming months. (IWT Project/ Gregg Yan)