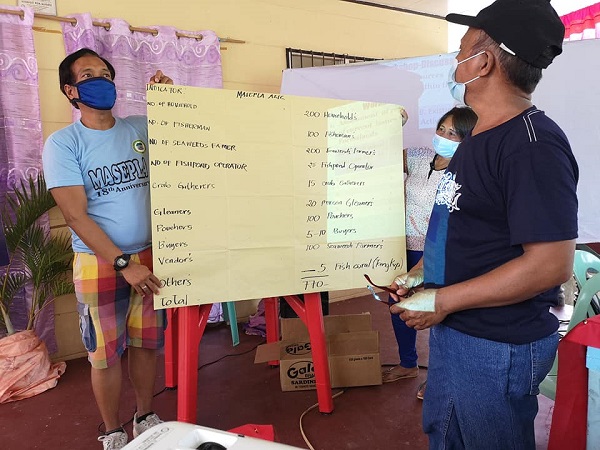 The training was in partnership with the Bureau of Fisheries and Aquatic Resources of the Department of Agriculture, Office of the City Environment and Natural Resources, Office of the City Agriculturist, and City Legal Office. It offered participants new knowledge and skills in enforcing forestry, fisheries, and wildlife laws and regulations—both national and local. The trainees also participated in practical exercises in marine navigation, detection of illegally caught fish, and proper boarding of fishing vessels during enforcement operations.

Select trainees will be deputized as Bantay Kalikasan officers who will be in charge of environmental law enforcement in Zamboanga City’s central mangrove forestlands. These vast mangrove areas support diverse wildlife and rich coastal fisheries, which are a key source of livelihoods for many communities in the city. They also serve as an important buffer against storm surges and other extreme sea level events. By engaging the services of Bantay Kalikasan officers, local communities and people’s organizations will be able to protect their mangrove forests from habitat degradation caused by expanding human settlements and extracting mangroves for fuelwood.

USAID’s partnership with the city government of Zamboanga and the Department of Environment and Natural Resources has placed 2,700 hectares of these mangrove areas under improved management through the new Framework Plan for the Central Mangrove Forestlands of Zamboanga City. A proposed city ordinance has also been filed to declare the central mangrove forestlands as a local conservation area in the city. (PWP/ May Anne Ramos)