Illegal wildlife trade (IWT) is a serious threat to biodiversity, economies, and communities. It is the fourth largest transnational crime in the world after narcotics, human trafficking, and arms, with an estimated value between USD 10 billion and USD 23 billion per year (UNEP, 2016) .

Wildlife traffickers and organized criminal syndicates are increasingly using seaports as transshipment points for IWT. Large volume of goods processed daily coupled with the lack of adequate infrastructure, systems, and manpower ultimately make it difficult to detect cases of IWT in domestic and international ports. 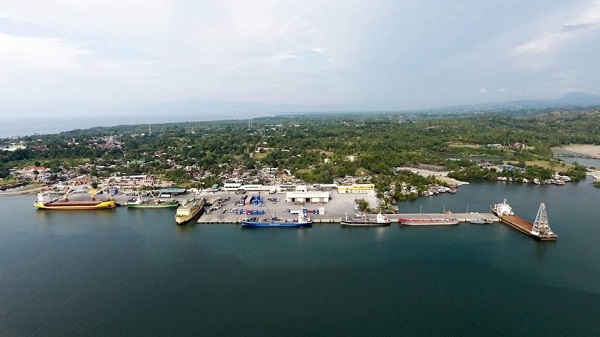 Data from the Biodiversity Management Bureau (BMB) of the Department of Environment and Natural Resources (DENR) show that of the 337 seaports registered with the Philippine Ports Authority (PPA), 17 had cases of wildlife confiscations from 2010 to 2020. This number only reflects actual seizures in ports, and it is believed that more cases of illicit wildlife trade remain undetected. Earlier, a partnership agreement between BMB and PPA was signed on July 13, 2020 through a Memorandum of Understanding (MOU) to deter and combat wildlife trafficking in all ports within the jurisdiction and supervision of PPA, and to facilitate the conduct of the assessment, as well as future trainings to build capacity.

In assessing the readiness of the seaports, the Port Monitoring and Anti-Trafficking Evaluation (PortMATE) Tool was used. PortMATE is a standardized instrument with 52 questions across nine categories: 1) electronic customs declaration system, 2) intelligence, 3) risk profiling system, 4) container/cargo scanning, 5) container/cargo inspection, 6) investigation and prosecution, 7) inter-agency and institutional collaboration, 8) employee integrity and anti-corruption, and 9) supply chain and security. It is used to spot key gaps at the port level, identify interventions to address the gaps, as well as monitor and track improvements across time.

DENR Assistant Secretary and concurrent BMB Director Ricardo Calderon remarked that, as an archipelago, the Philippines has porous borders and that, in past years, it had become an origin, destination and transshipment points for wildlife trafficking due to its strategic location.

He enjoined all the participants to work together to stop wildlife crimes. “One or two agencies are relatively powerless to defeat the powerful, well-organized transnational crime syndicates. However, by working together, we can ensure greater success,” Calderon said.

Dr. Francesco Ricciardi of the Asian Development Bank (ADB) opined that aside from being pathways, ports could serve as bottlenecks for IWT, too. “We can effectively disrupt the illegal trade of wildlife by introducing and strengthening systems and mechanisms to detect and intercept contraband, including wildlife,” Dr. Ricciardi said.

Among the key findings of the assessment are: 1) absence of a single window environment for Electronic Clearance System; 2) lack of intelligence and intelligence access on a regional scale that may help the early detection and interception of wildlife contrabands entering the port; 3) lack of risk profiling system complemented with wildlife crime risk indicators; 4) absence of a K9 Unit able to detect wildlife, by-products, and derivatives; 5) presence of established standard operating procedures for inspection and seizure of wildlife and other illicit goods; 6) presence of a protocol on post seizure investigation of cases; 7) presence of an information exchange system with local ports (for PPA) but under-maximized communication exchange with international institutions; 8) presence of an established system to maintain employees’ integrity and professional standards and to deter corrupt practices; and, 9) presence and participation of industry operators, and need for greater cooperation and support from other supply chains. The workshops also identified the need for trainings in the following areas: a) interpreting wildlife images in scanning machines, concealment and detection; b) analyzing wildlife trafficking patterns; c) understanding wildlife laws and CITES regulations, wildlife identification, wildlife forensics, controlled delivery; and, d) testifying in court for law enforcement agencies.

The workshops formed part of the implementing activities of the Project on Combating Environmental Organized Crime in the Philippines, a three-year project funded by the Global Environment Facility (GEF)-6. The project is executed by BMB and implemented by the Asian Development Bank (ADB). It aims to combat environmental organized crime in the Philippines through legal and institutional reforms, capacity building in the full law enforcement chain, and reduction of demand for illegal wildlife and wildlife parts and derivatives. (CIWT/ Garie Rigor, Dr. Mary Jean Caleda, Tanggol Kalikasan, Atty. Theresa Tenazas)