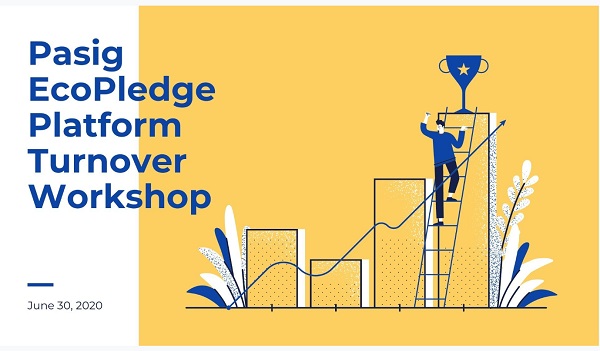 The local government of Pasig City and the ICLEI Southeast Asia Secretariat (ICLEI SEAS) organized an online workshop on the use and management of the Pasig EcoPledge Platform during its turnover to the city government. The web application was developed by the Ambitious City Promises (ACP) project and was launched before a global audience in October 2019 during the Seoul Mayors Forum.

The workshop was attended by representatives from the Public Information Office (PIO), Management and Information System Office (MISO), City Environment and Natural Resources Office (CENRO), City Disaster Risk Reduction and Management Office (CDRRMO) and Office of the Mayor. They would be closely involved in the operation and maintenance of the platform.

The platform is a feedback mechanism and an awareness-raising platform for the city. Its intention is to gather pledges from citizens and stakeholders on low-emission development strategies in the sectors of energy, air quality and transport, and waste. 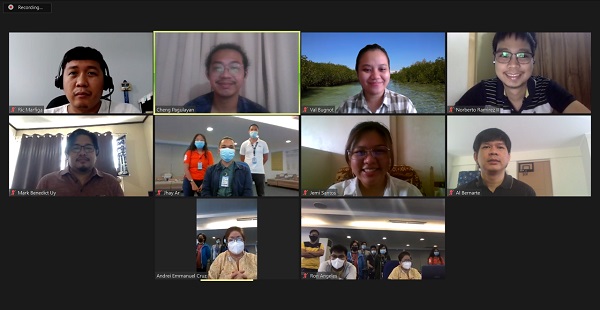 Pasig City employees and ICLEI SEAS discuss Pasig EcoPledge Platform and possible enhancements
that the city government can undertake after the ACP project.

The workshop gave the participants ample opportunity to ask and learn about the technical details of the application such as its backend services and potential revisions and updates on the content and design. The developer who worked with ICLEI SEAS as consultants provided sound technical advice to users’ questions.

A Memorandum of Agreement that spells out the official framework and guidelines for the transition of the online platform has been worked out between ICLEI SEAS and Pasig City. (ACP/ ICLEI Southeast Asia Secretariat)

* The ACP project is funded by the German Federal Ministry for the Environment, Nature Conservation, and Nuclear Safety (BMU) through the International Climate Initiative (IKI) program. It is implemented by ICLEI-Local Governments for Sustainability in close cooperation with the Seoul Metropolitan Government. The project commits to reduce GHG emissions through participatory and inclusive local climate actions in selected cities in Indonesia, the Philippines, and Vietnam.

This article originally appeared in https://icleiseas.org/index.php/2020/07/15/iclei-seas-conducts-turnover-workshop-for-pasig-citys-ecopledge-platform/.