The ocean makes up 71 percent of the planet and provides many services to countries and their coastal communities from mitigating weather extremes to generating the oxygen we breathe, producing the food we eat, to storing the excess carbon dioxide we generate.

The ocean bears the brunt of climate change as evidenced by rising sea surface temperature and sea level rise, all of which affect the health of marine species along the coasts, nearshore, and deep ocean ecosystems as well as people’s livelihood and well-being.

The Glasgow Climate Pact adopted last November recognizes this inextricable link between the ocean and climate and decided to anchor ocean-related issues and solutions in the multilateral climate change regime. The Sustainable Development Strategy for the Seas of East Asia (SDS-SEA) also identified climate change and disaster risk reduction as one of its priority programs in the region. This is also highlighted in the Preah Sihanouk Ministerial Declaration signed by PEMSEA’s country partners last December to reaffirm their commitment to blue economy and support global efforts to achieve the goals of the Paris Agreement with mitigation and adaptation as crucial underlying principles in accelerating blue economy.

As follow-through of the countries’ commitments in the Preah Sihanouk Ministerial Declaration and as the region’s contribution to promoting climate-ocean dialogues, Partnerships in Environmental Management for the Seas of East Asia (PEMSEA) Resource Facility will be organizing an Ocean and Climate Dialogue during World Ocean Day on 8 June 2022, 9 AM – 3 PM (UTC+8) via Zoom.  (PEMSEA) 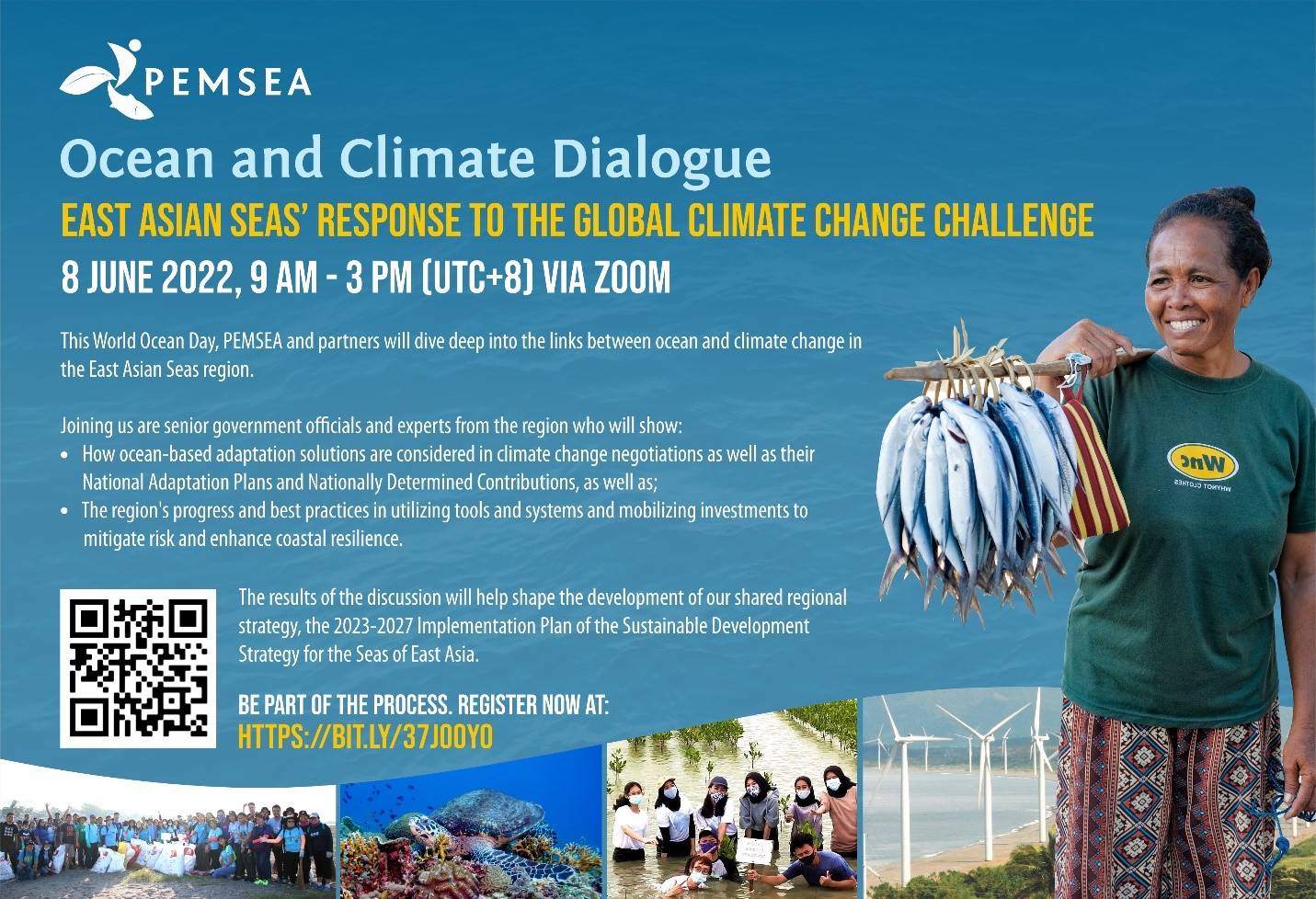 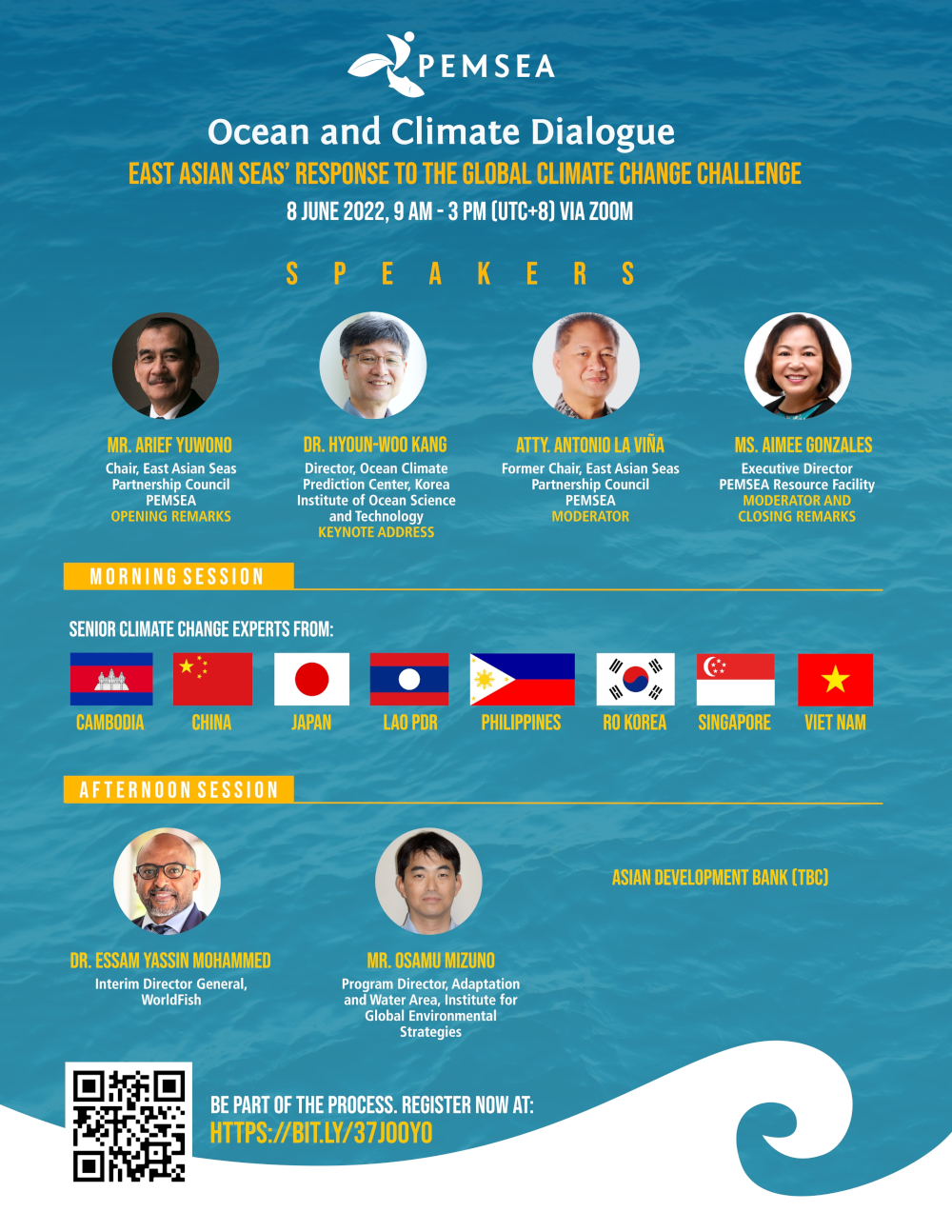 This article originally appeared on Ocean and Climate Dialogue.....