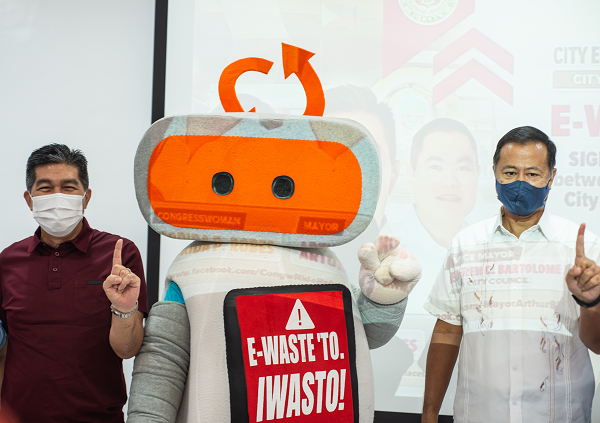 To uphold and protect the environment and human health, the Department of Environment and Natural Resources (DENR), alongside the United Nations Industrial Development Organization (UNIDO), entered into a cooperation agreement with the city government of San Jose Del Monte (SJDM), Bulacan.

The cooperation agreement aims to support the E-Waste Component of the “Implementation of PCB Management Programs for Electric Cooperatives and Safe E-wastes Management” (PCB-WEEE) Project through the conduct of a series of e-waste collection events to ensure the sustainable operations of the pioneering Treatment, Storage and Disposal (TSD) Facility for e-wastes in Bagong Silang, Caloocan City.

“We at the DENR are now enjoining different offices, bureaus, regional, and provincial offices to work with cities, and this event should be the start of our partnership for proper e-waste management,” DENR Undersecretary Jonas Leones said.

“Protecting the environment while delivering public service and generating decent jobs and employment is no simple task. However, with partners coming together from various sectors including government, private sector, and the international development community, the challenges become somewhat easier to deal with,” UNIDO Country Representative Teddy Monroy added, expressing his support and commitment on behalf of UNIDO.

The City of San Jose Del Monte in Bulacan feels honored and proud for being the first city in the Philippines to enter into a partnership with the first materials recovery facility (MRF) that was turned into an e-waste TSD facility through the PCB-WEEE project. The city is tasked to support the TSD Facility by collecting various electrical and electronic wastes and surrendering them to the facility for proper dismantling.

“We are very lucky na yung Caloocan kapit-bahay natin. Magtulungan tayo para sa isang mas maayos at magandang pamamahala ng basura natin.” (We are very lucky that Caloocan is our neighboring city. Together, we will come up with a better management of our wastes.), SJDM Mayor Arthur Robes said.