The province of Nueva Vizcaya, being landlocked and surrounded by three large mountain ranges (the Cordillera, Sierra Madre and Caraballo mountains), has always been gifted with bountiful water resources that makes it a largely productive agricultural area and a major citrus producer in the country.

There is no such thing as unlimited resources, however, and the constant strain on the land to provide its residents with crops, water, logs, minerals, and other natural riches has noticeably taken its toll. Left unchecked, the damage to the environment could be catastrophic and possibly irreparable.

In the Upper Matuno Subwatershed located in the municipality of Kayapa in Nueva Vizcaya, there is an Indigenous People’s Organization (PO) that has dedicated itself to preventing such damage from happening. They are helping revive the outlying forestland and making sure that its beauty and resources are not depleted by unrestrained human activity. That PO is the Nansiakan-Labang Forestland Management Association Incorporated or NLFMAI. 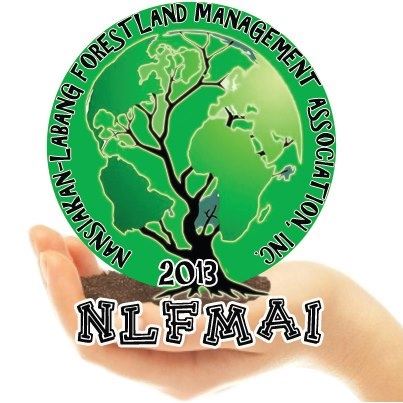 (Screengrab from NLFMAI Facebook Page)The NLFMAI is led by their President Bernard Calixto. “We are composed mostly of members of the Kalanguya tribe, and we started off in 2013 with just 73 members,” according to Mr. Calixto. “Since then, we have grown to more than double our numbers, with 194 members taking up the challenge of implementing the different programs and projects of our PO.”

The NLFMAI was not alone in their mission of protecting the environment, though. They had the support of the Forestland Management Project (FMP), an initiative of the Department of Environment and Natural Resources (DENR) and the Japan International Cooperation Agency (JICA), to help provide them with the technical expertise as well as skills development and legal assistance that would prove crucial to the NLFMAI’s forest protection protocols.

“We assessed the condition of our forest and behavior of our people, identified key issues and challenges, and then developed collective actions to address them,” said Mr. Calixto.

As NLFMAI sought to protect around 2,900 hectares of land and forest under their care, they did not want to abandon all of the old ways and traditions, given that they were also a recognized IPO. Instead, what they endeavored to do was to update and then integrate the positive values of these traditions into their current practices so they could find a balance between the old and the new.

An example of how the NLFMAI was able to utilize a time-honored tradition with the present-day need of managing destructive forestland activities was by activating and enforcing their tribe’s traditional regulations on forest protection called pi-yew and baliw that prohibit people from taking and making use of natural resources that are not theirs. Enforcing these traditions led to increased protection of the watershed from unsustainable forestland activities and encroachment from outsiders. These practices actively involved the village elders, or lupon, so that both locals and outsiders could not help but respect these traditional restrictions.

This proved especially useful in preventing the continued practice of the kaingin system, which was so destructive because it brought not just soil erosion and water depletion but also dangerous forest fires. Lessening the use of the traditional kaingin system would prove to be instrumental to how NLFMAI helped rejuvenate the forestland assigned to them and it was with the use of the equally traditional pi-yew and baliw guidelines that they managed to curb it.

The NLFMAI also championed a shared system of managing conflicts, called the tungtungan. While in the past, arguments over contested areas would lead to expensive and contentious legal proceedings, and at times even outright hostilities, the tungtungan, which is rooted in the tribe’s culture, promoted amicable settlements as the standard, leading to more effective resolution of conflicts.

Aside from reducing heated conflicts, NLFMAI also battled with forest fires, leading them to mobilize member-volunteers and establish a sitio-based quick reaction system against forest and grass fires. With constant monitoring, coupled with knowledge and proper training, NLFMAI has effectively minimized the damage of forest fires to the environment and the danger to the people living in the area.

They also conducted community education and public awareness campaigns that led to the improvement of people’s behavior toward caring and protecting their watershed.

The rehabilitation and preservation of the forestland and watershed was a big part of the mission of NLFMAI, but it wasn’t the only part. They also helped create more opportunities for the people living in the community, whether economic, educational, or entrepreneurial.

Part of NLFMAI’s programs included the creation of an Agri-Input Supply Trading Enterprise and a Coffee Value Chain Enterprise, in which NLFMAI acted as a product consolidator and fund manager. They also provided manpower and support for other endeavors facilitated by FMP that were meant to increase and promote business activities in the community. These included the establishment of tire paths, a 4.5-km irrigation pipeline system, and farm-to-market roads that helped ease the transportation challenges faced by local farmers.

NLFMAI attributed the success of their initiatives to their partnership with the national and local governments, as well as their tribal elders. Learning from this experience, they planned to strengthen their network and pursue more collaborations with local partners, other organizations and local government units, and the DENR, to improve further their forest protection and conservation practices.

In the almost 10 years that NLFMAI has taken on the mission to protect the environment, much has changed for the better, the most noticeable being the return of pristine and lush forest surrounding the Upper Matuno Subwatershed. With significantly less people using the kaingin system as well as the controlled timber poaching activities, their community continues to see enhanced soil and water conservation, as well as zero occurrences of forest fires.

“For our Kayapa community, that means a more sustainable food production system, an abundant and clean water supply, and a biodiverse and thriving environment that would help provide such ecosystem services for many generations to come,” Mr. Calixto said. (FMP/ Alexa Porto-Balo)